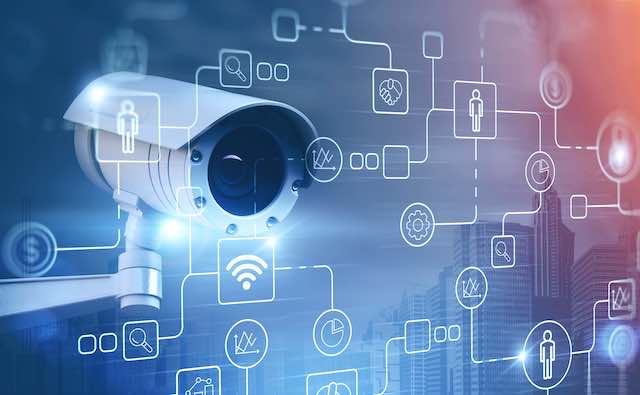 TALON, a network of smart, connected security cameras developed by the Atlanta-based startup and installed by law enforcement around the country, raises surveillance-related privacy concerns.

While controversy over the potential overreach of neighborhood and law-enforcement video surveillance has focused mainly on Ring, an Atlanta-based startup has quietly rolled out its own network of smart surveillance cameras across the country that is again raising questions of privacy and the ire of some advocating it, according to a published report.

Flock Safety promises to protect neighborhoods with smart cameras with automated license plate recognition (ALPR) technology that are sold to homeowners associations, businesses or law enforcement and are designed to automatically read vehicle license plates “up to 75 MPH, day & night, up to 75 ft. away,” according to the company’s website.

Ostensibly, ALPR—which has been around for years but is gaining new momentum thanks to its integration with smart cameras–is aimed at protecting citizens. However, a published report suggests that Flock may be overstretching its wings and has expanded to do much more than merely provide a virtual neighborhood watch.

Vice Motherboard reported Wednesday that Flock has quietly built up an extensive nationwide network of its cameras called TALON that are maintained by law-enforcement and offer up to 500 million scans of vehicles a month, according to one email of a series of Flock emails obtained by the publication. Motherboard said its reporters viewed hundreds of pages of internal police emails from nearly 20 police departments around the country obtained using public records requests

Moreover, more than 500 police departments in more than 1,000 cities have access to Flock cameras, which are not only detecting license-plate information but also people, cars, animals and bicycles, according to info obtained by Motherboard.

The company also boasted that it’s “collecting evidence” that helps police solve four to five crimes per hour, with administrators of neighborhood camera networks able to share video data not only with law enforcement, but also the home owner association’s board, or the individual members of an entire neighborhood, according to the report.

Good Intentions?
Flock offers two types of cameras—one called the “Sparrow” that that uploads images to a secure server for only those who have access to view and share, and another called the “Falcon” that can use the data collected to automatically alert police if the plate is already on a “hotlist” for potential criminal activity so they can track the vehicle and its occupants.

Supporters of the technology and initiative argue trying to help reduce crime and protect neighborhoods is a good thing. Flock company founder and CEO Garrett Langley was inspired to try “to eliminate non-violent crime while respecting privacy” after he himself was a victim of property crime in his Atlanta neighborhood, according to the website. Langley so far has not responded to an email sent Thursday by Threatpost requesting comments and details about Flock TALON and the technology’s privacy protections.

A promotional video on the company’s website said that in their research with law enforcement, Flock founders learned that license-plate info was the missing link in helping solve non-violent crimes, and they designed Flock cameras to provide this info accurately and securely. Key selling points for that company are that they’ve made their smart cameras small and affordable so they are both inobtrusive and cost-effective for customers.

Indeed, Flock also is aware of the privacy issues that its technology can raise, claiming that it’s the “only ALPR crime-solving camera system with privacy protection measures built in.”

The video explains this concept a bit further, saying that the customer alone has all the access to the camera data, leaving it up to them to decide if they want to share it and with whom.

But as any security or privacy expert knows, it’s not difficult for that type of data to fall into the wrong hands. This is why not everyone is as thrilled with the integration of ALPR into smart surveillance cameras as Flock’s founders and customers.

Flock Roll Out Sparks Privacy Concerns
Digital privacy group the Electronic Frontier Foundation has criticized ALPR technology and companies like Flock, claiming “there is no real evidence that ALPRs reduce crime,” and that their technology is purely another surveillance tool, plain and simple.

“ALPR vendors, like other surveillance salespeople, operate on the assumption that surveillance will reduce crime by either making would-be criminals aware of the surveillance in hopes it will be a deterrent, or by using the technology to secure convictions of people that have allegedly committed crimes in the neighborhood,” according to a blog post by Jason Kelley and Matthew Guariglia written last September. “However, there is little empirical evidence that such surveillance reduces crime.”\

Flock would certainly beg to differ on this point. An article from Fox 5 Atlanta–the link for which is on the company’s website–claimed in November 2019 that Flock safety cameras helped reduce crime by up to 64 percent in six months in an area near Six Flags Over Georgia. Other linked articles boast similar success stories in how Flock helped prevent crimes or even—in the case of a College Park, Ga., police sergeant who was shot and wounded on duty–catch a murder suspect.

Still, the controversy over using ubiquitous surveillance and smart-camera technology to help solve crime is likely to continue to have pushback from privacy advocates, even if those behind the technology have good intentions. This was recently evidenced yet again by criticism of a pilot program in Jackson, Miss., to use the Ring door cameras as part of surveillance efforts to help police fight rising crime, which the American Civil Liberties Union (ACLU) and others bashed.