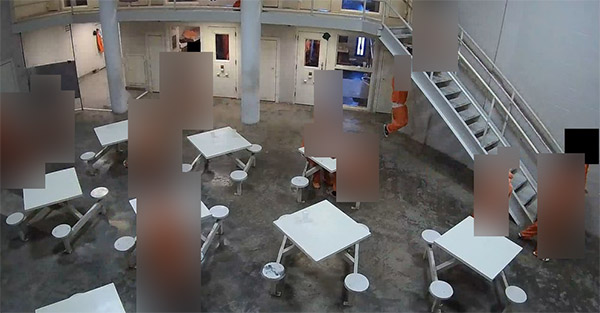 Companies whose footage was exposed include carmaker Tesla Inc. and software provider Cloudflare Inc. In addition, hackers were able to view video from inside women’s health clinics, psychiatric hospitals and the offices of Verkada itself. Some of the cameras, including in hospitals, use facial-recognition technology to identify and categorize people captured on the footage. The hackers say they also have access to the full video archive of all Verkada customers.

In a video seen by Bloomberg, a Verkada camera inside Florida hospital Halifax Health showed what appeared to be eight hospital staffers tackling a man and pinning him to a bed. Halifax Health is featured on Verkada’s public-facing website in a case study entitled: “How a Florida Healthcare Provider Easily Updated and Deployed a Scalable HIPAA Compliant Security System.”

Another video, shot inside a Tesla warehouse in Shanghai, shows workers on an assembly line. The hackers said they obtained access to 222 cameras in Te1sla factories and warehouses……